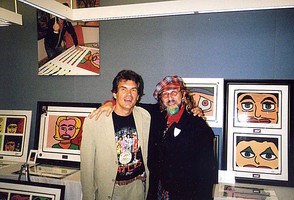 "Police State & 'Any Kind of Development on the Lake'"

"Police State & 'Any Kind of Development on the Lake'"

The winner of the mayoral primary wouldn't let the state senator talk about Waukegan's crime problem at the first forum.  He was chagrined that it was brought up by his opponent.

Well, step one in solving any problem is facing up to it.  Denial is never a solution.  Ostrich tactics, hiding one's head in the sand, only postpone dealing with a festering sore.

Moreover, the attitude that opposition and contrary opinion must be silenced before being aired, is contrary to our advocative way of arriving at the truth, in our culture, as we practice it.  He seeks to implement an approach used by dictatorial and totalitarian regimes, not to mention police states.

Waukegan, if it is to progress, should not want to go there, in my view.  It needs dialogue between our best, brightest, and most invested, about what is needed to improve the quality of life here.  A roomful of only "yes" men, in one example, historically, led to the fiasco of the Bay of Pigs invasion.

Then the primary candidate went on to say that he doesn't care what is brought to our lakefront.  He simply wants to see something, anything, there.  But, being non-selective is a very big mistake.

It's a bit like marrying the first sweetie from the first date, to have children with them.  I'd never advise my kids to approach life that way.  Nor should our mayor advise Waukegan city to approach and accept new business that way.

Our Lake Michigan is relatively shallow, an average depth of about 280 feet.  Its capacity to handle waste, toxins, and detritus, is greatly limited and assuredly finite.  At its very deepest point, it reaches some 900 feet.  Now, that's not nearly so shallow as Lakes Ontario and Erie, but neither is it the ocean upon which I lived for 12 years, where depths can reach five miles, or 25 thousand feet to the bottom.

This means you could take the John Hancock Center or Sears Tower from Chicago and place them anywhere in Lake Michigan, and still have hundreds of feet towering well above the water surface.  So, please pay extra attention when you see, during the last decade, that Zion's beach was closed to swimming because of sewage contamination from Milwaukee.

And, during my teenage years, Lake Erie caught on fire for being so polluted by industry.  Average depth there, is only some sixty feet!  Deja vu, today we have the energy industry's frackers, who are responsible for homeowners suffering the terror of flammable, contaminated water coming out of their drinking water faucets.

The point is, we must be sufficiently careful about our environment.  We must exercise due caution about what industries we allow to locate upon the Waukegan lakefront.  To do otherwise, is reckless.

From my teenage years, too, I recall all the dead alewives, piling up on Waukegan's lakefront.  That was in the time of Johnson Motors' discharge of PVC's out their back door into our lake.  Public opinion was slow to go the correct way, as so many local inhabitants were on the Johnson payroll.

So, while some publicity touted the coho salmon fishing derbies, and other propaganda pondered about salt water coming down from the St. Lawrence seaway to affect the local, biotic community, there were always the rest of us who were skeptical of this soft soap.  We were leery about the disease that carcinogenic, organic chemicals were causing us, if we ingested contaminated, drinking water, or fouled-up, lake catch, born and raised in this toxic soup.

Again, let all opinions be heard, then assessed and elevated to policy decisions, or relegated to the garbage heap of useless ideas, or, somewhere in between.  But, let there be exchange of what informed and well-meaning people think, for the progress of all, for the common good.

And, don't be so quick to marry that first date.  Play the field a bit, and find what's best for it, our City, as comports with what it can do best as to the greatest good for the greatest number, of all its citizens.

Take a real good look at new industry that comes to court.  Surely, the right ones are out there.  And, it is our elected officials, including City Clerk, it is their duty to be inspired and aggressive about reaching out, and landing them for here.